Billy Markus was less than kind about LUNA 2.0 and those who buy into the relaunch. 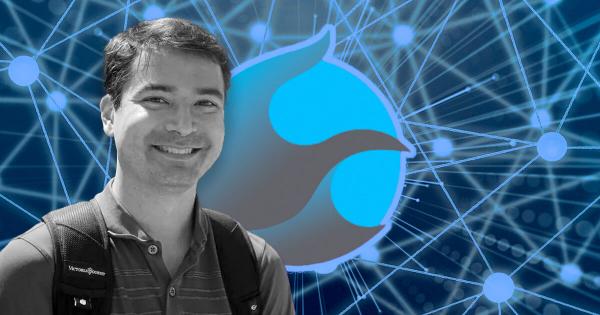 👋 Want to work with us? CryptoSlate is hiring for a handful of positions!

The Terra ecosystem implosion has dominated headlines the past few weeks. Users lost billions, and lives were turned upside down as the UST stablecoin lost its $1 price peg.

During the fallout, internet detectives and whistleblowers have voiced multiple accounts of suspicious activity. All of which point to shady goings-on within the Terra hierarchy and beyond.

Examples of allegations include the manipulation of Terra retail investors by prominent entities, usage of the Mirror Protocol to enrich senior figures, and Terra founder, Do Kwon’s links to failed algorithmic stablecoin project Basis Cash.

With so many red flags emerging from the Terra autopsy, does Markus have a point?

Word of a Terra relaunch first broke on May 16, when Do Kwon posted a tweetstorm detailing a revival plan. This plan initially entailed forking the old chain into a new chain without the UST stablecoin component.

Devs have since stated LUNA 2.0 will be a brand new chain and not a fork.

Token distribution from the new chain will take the form of airdropping to “stakers, holders, residual UST holders, and essential app developers” of the old chain.

The community voted “with overwhelming support” to pass Proposition 1623 on May 25, paving the way for LUNA 2.0 to launch.

The relaunch and token airdrop were scheduled for May 27, but an announcement on that day has delayed this to May 28 at 06:00 GMT.

It’s a thumbs down from the community

Co-founder and CEO of blockchain carbon credit firm eCarbon, Joshua Fernando, spoke of the dangers of reviving LUNA. By email, Fernando raised several salient points about the relaunch, including:

The consensus on crypto Twitter is much the same, with no shortage of tweets mocking the relaunch. For example, @Mister_Ch0c likened investing in LUNA 2.0 to rekindling a relationship with an ex who cheated.

Buying Luna 2.0 is the equivalent of calling back your ex knowing she cheated on you
Have some self respect

Similarly, Markus didn’t hold back when tweeting his thoughts about the intelligence of LUNA 2.0 investors, which he called “truly dumb crypto gamblers.”

luna 2.0 will show the world just how truly dumb crypto gamblers really are

Disclaimer: Cardano Feed is a Decentralized News Aggregator that enables journalists, influencers, editors, publishers, websites and community members to share news about the Cardano Ecosystem. User must always do their own research and none of those articles are financial advices. The content is for informational purposes only and does not necessarily reflect our opinion.


READ THE ORIGINAL ARTICLE ON >> Cryptoslate

Big Eyes and Dogecoin- Meme Coins to Make You Money and Give Understanding on Cryptocurr...

© Dogecoin Feed 2022 - News aggregator about Dogecoin (DOGE) for everyone.